Wi-Fi Adapters are devices that allow computers to connect to the Internet and to other computers without using wires. A USB WiFi adapter overrides the computer’s built-in wireless functionality, giving you a faster, more reliable connection to your available network signals through the USB port instead.

There are so many benefits of USB Wi-Fi adapter are:

To hack the Wi-Fi network, you need a USB wireless card which supports both Monitor Mode and Packet Injection because not all cards supports these features.

In this article, we’ll explain the method from which you can easily test the Packet Injection capability of your USB Wireless Card.

The first step is to type “iwconfig” command which is identical to “ifconfig” through which you can easily view all the details of your Wireless Adapter like SSID Name, Encryption, Tx-Power etc. 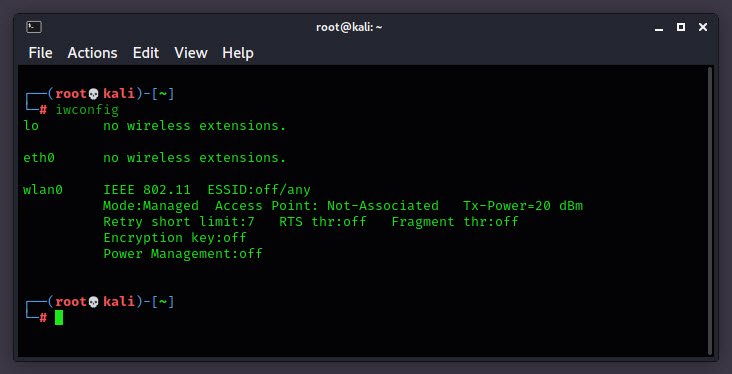 Next, you need to put your wireless interface into monitor mode, which is the mode where you can capture all packets, even if they weren’t directed to your system.

To do this, you have to type the following command into your terminal which will enable the monitor mode with an interface wlan0mon.

In case, if you want to enable the monitor mode on a specific channel i.e. on 6, then you can use “airmon-ng start wlan0 6” command. 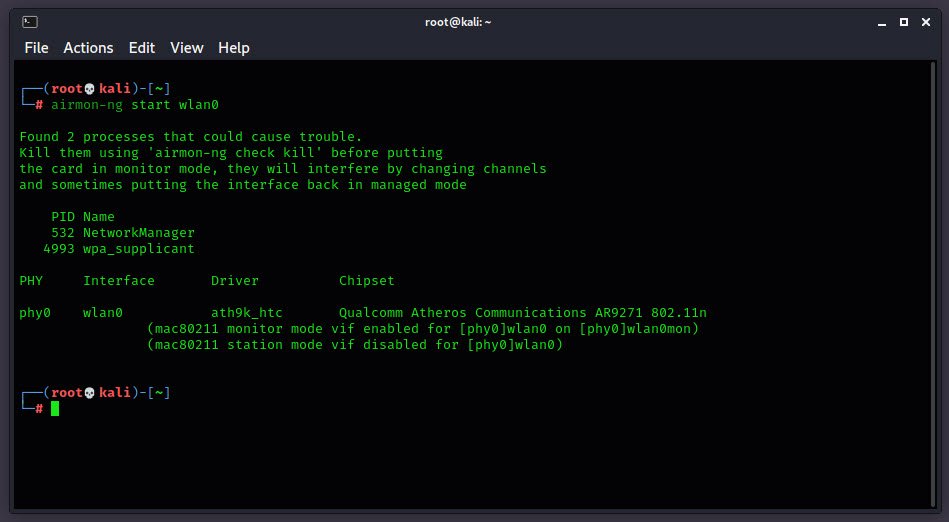 Here you can see that, the mode is now Monitor mode.

Now here the final step comes to test the packet injection capability of your Wireless card. 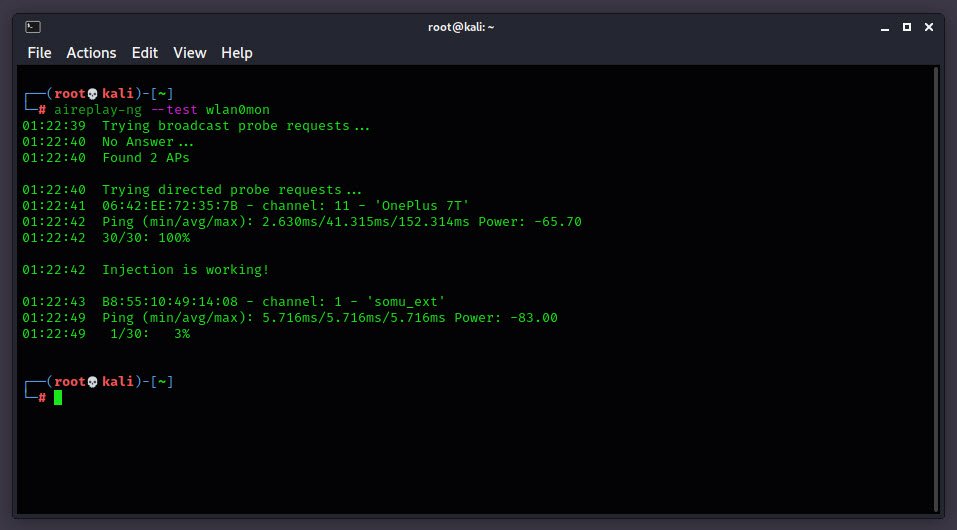 In above output, you can see that:

For Hidden BSSID’s, you can run the following command to test packet injection:

You can also use airserv-ng tool to test the packet injection capability as explained on Yeahhub.com.