Whenever you try to register on a website or write a comment on a blog, first you are asked to enter some crazy characters which confuse everyone. So you know how frustrating it is.

So, what are those crazy letters and why do we have to write them in the website to go further? These crazy codes are called CAPTCHA, and are a human response test.

This word is actually an abbreviation for: Completely Automated Public Turing Test to Tell Computers and Humans Apart

They are also known as a type of Human Interaction Proof (HIP).

Why CAPTCHA are used?

CAPTCHA is a computer program designed to protect websites against bots by automatically differentiating humans and computers. This program is commonly used throughout the Internet, especially when you try to sign-up on a site or to buy a product online.

The reasoning behind implementing CAPTCHA code on websites in their registration process is due to spam . Those crazy characters are a way of checking whether a person trying to register or comment is a real living human.

CAPTCHA blocks computer programs attempting to spam the site. Yes, this is the only reason most of us have a form of spam blocker on email.

Spam is getting modernized with junk mail. So when spammers become active, junk mail will not only start coming to your mailbox or just say that it will come to your door. It will spread the dirt in your garden, bury the car parked in your driveway, cover your house in every way and also cover your roof.

But when it is constantly asked to enter tricky characters hidden in an image, it stays away from you for a long time. Anyone who has ever set up their own website or blog will know what spam is just a few weeks after going online. These spammers quickly find and target small websites and blogs as they often do not have much security for security.

The need for CAPTCHA started from 1997 onwards. At the time, Internet Search Engine was finding a way to block AltaVista automatic URL submissions on platforms that were trying to break the ranking algorithms of search engines.

To solve the problem, Andrei Broder, Altavista’s chief scientist, developed an algorithm that produces an image of randomly printed text. Although the computer could not recognize this image, a human could read this message hidden in that image and react appropriately. A patent for this technology was issued by Broder and his team in April 2001.

Why are CAPTCHA Necessary?

The CAPTCHA test can prevent many common, automatic attacks by blocking robot software from submitting online requests. Many times CAPTCHAs are not already deployed on a web site, rather they use this technology to block some spam content, rather than trying to clean up their content once they arrive.

For example, some website operators avoid CAPTCHA to reduce user friction, and instead employ algorithms to scan and block scanned comments or accounts.

CAPTCHAs work by asking you to write a phrase that a robot finds difficult to read. Typically, these are captcha phrases or images of disorganized words, but they can also be voice recordings for the visually impaired.

Why would anyone need to create a test that can tell humans and computers differently? This is because people are trying to run the system – they want to exploit vulnerabilities in computers running the site. Although such people are very few, their actions can affect millions of users and web sites. For example, running a program on a free e-mail service may automatically lead to a bombing of a sign-up request for an account.

This automatic program can be part of a larger effort to send spam mails to millions of people. Captcha testing helps identify which users are real humans and which computer programs.

An interesting thing about captcha tests is that people who design tests are not always upset when their tests fail. This is because for the CAPTCHA test to fail, one has to find a way to teach the computer how to solve the test. In other words, every captcha failure in Artificial Intelligence is actually an advance.

These pictures and recordings are difficult for traditional software programs to understand, and therefore, robots are generally unable to type the phrase in response to a picture or recording. But as the capabilities of Artificial Intelligence increase, spam bots will become more developed.

CAPTCHA tests effectively prevent the most crude automatic attacks, which is why they are so prevalent. But they are not without their flaws, however, including a tendency to annoy those whom they have to answer.

Google’s Re-CAPTCHA software is the next evolution of the technology, which uses a different approach. It tries to infer whether an session was initiated by a human or a bot by examining behavior when the page is loaded. If it can’t tell that the human is behind the keyboard, it offers a different kind of test, either a “click here to prove you’re human” box or a visual puzzle based on a Google image photo or scanned from Google Gone phrase.

In photo testing, you click on all parts of an image that contain some kind of object, such as a traffic light or a car on the road. You can continue only if you answer correctly; If you answer incorrectly, you will be presented with another image puzzle to solve.

Some vendors provide technologies that remove the “test” part of captcha and provide or deny access to the website entirely on certain criteria related to the pattern of interaction of the web session. If the security software suspects that no human is running the session, it silently denies this connection. Otherwise, it provides access to the requested page without any intermediary test or quiz.

There are different types of CAPTCHA that can be used on websites. It is important to understand how many types they are, so that when you look at CAPTCHA on a site, you can make a decision based on what type of CAPTCHA you want to solve.

1) The Standard Word CAPTCHA With An Audio Option

This standard captcha is available whenever security check-in is required, where you need to type the word that has been displayed. But some distorted word images are difficult to solve. If you do not understand this, you can use the option of “Recaptcha” to pass it, so that a new one can be obtained. There is also an audio option if a user is blind who is unable to read words.

A popular form of CAPTCHA is a simple math problem that is added to a site. For example, a user may have to solve and enter an answer to a math problem like “4 + 6”. While this can be hard to believe, it can be difficult for the robot to solve and enter its answer, which makes captcha of this type safe. A proponent for this type of captcha is that it is simple and generally easy to read, which helps the user to solve it quickly and move forward with whatever task they are trying to accomplish. is. 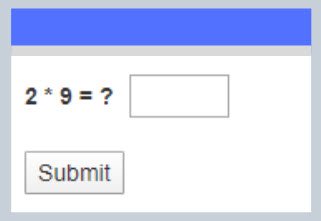 It is effective for the user and safe for the website. One Disadvantage is that it is not as sophisticated as some other types of captcha, so it may not look as secure. It can be perfect for websites such as WordPress or other HTML sites.

This captcha asks the user to select the right image from several images to identify the human user. This type of captcha is not usually harder than the basic picture, so it is easy for the users. 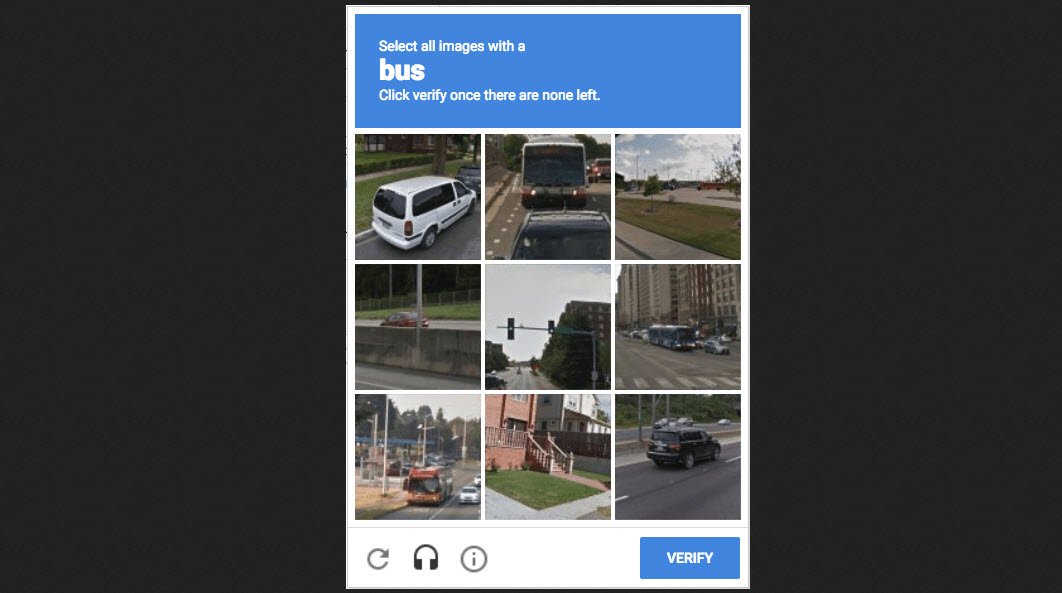 This type of captcha is called a “super captcha” because there are many 3D images that include both images and words and thus make it difficult to solve.

This type of captcha helps to earn some extra cash by publishing on websites, which in turn display ads of other brands here.

6) I am not a robot CAPTCHA

Users are required to select a check box. No CAPTCHA reCAPTCHA method is a type of captcha created by Google. It has only been around since 2014, but has already carved out a niche on the Internet. Its purpose is to find out the behavior of a user and Robot by giving a simple task.

In this task, users have to click in a check box of “I am not a robot”. This method is also used in phones and apps. But here, tapping is done with the finger instead of the mouse. CAPTCHA tracks this movement and finger whether the check box is checked directly or it is a robot.