For example, running the command history might produce output similar to this:

You can use the up and down arrow keys on your keyboard to scroll through the commands in the history.

As you all knows that, the history command does not show the timestamp when the command was executed.

This article could be helpful in some cases to know the time when a certain command was executed last.

The string should follow the format used by the strftime function.

Once you have set the HISTTIMEFORMAT variable, the timestamp will be included in the output of the history command as shown below: 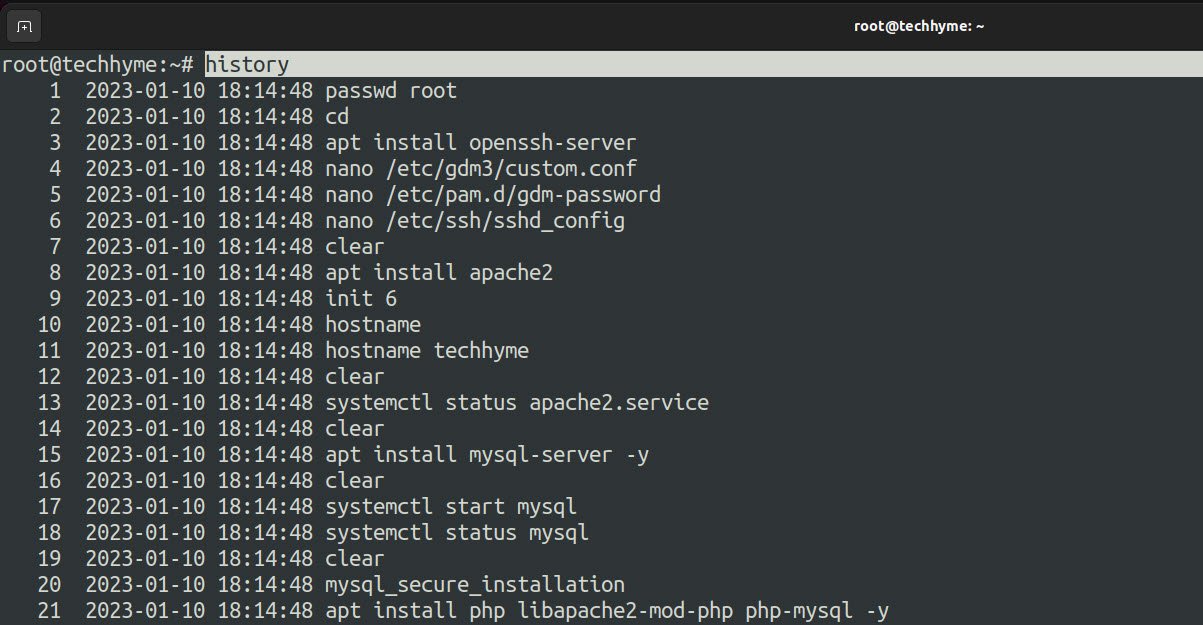 If you want to show the timestamp in the format of MM/DD/YYYY HH:MM:SS, you would set the HISTTIMEFORMAT variable like this:

Furthermore, if you want the timestamp to be added automatically every time you open a new terminal, you can add the above export line to your .bashrc file (or .bash_profile on macOS) at the end.

Nano Editor Tip: You can use Alt + / to jump to the end of the file in Nano editor.

Now, to take those changes into effect, you will have to source the .bashrc file using the source command:

And now, whenever you will use the history command, it will show the timestamps with every command.

You can also use alias in your shell profile file to have timestamp in history command when you run it,

Please note that this feature only works with bash shell, not all shells have this capability.