The Elastic Stack, formerly known as the ELK Stack is a collection of open-source software produced by Elastic which allows you to search, analyze, and visualize logs generated from various sources in any format.

Logging & monitoring can be very useful when attempting to identify problems with your servers or applications, as it allows you to search through all of your logs in a single place and further correlating their logs during a specific time frame.

You will need the following:

The Elastic Stack components are not available in Ubuntu’s default package repositories. They can, however, be installed with APT after adding Elastic’s package source list.

To import the Elasticsearch public GPG key into APT, type the following command:

Next, you need to add the Elastic source list to the sources.list.d directory, type the following command to do this:

After this, type “sudo apt update” command to update your package lists so that APT will read the new Elastic repository.

Start the installation of elasticsearch by typing the following command:

Once it is finished with installation, use your preferred text editor (gedit in our case) to edit Elasticsearch’s main configuration file located at /etc/elasticsearch/elasticsearch.yml.

Find the line that specifies network.host & http.port, uncomment it, and replace its value with localhost & 9200 respectively so it looks like this: 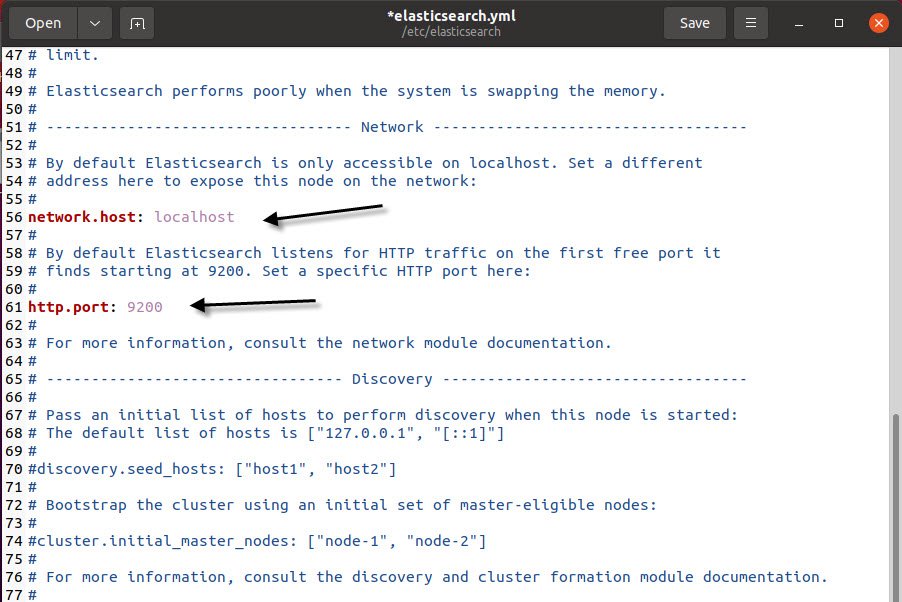 In case, if you do not want to restrict this, then you can use network.host: 0.0.0.0 value to access the elasticsearch service through outside.

Save and close elasticsearch.yml by pressing save button or CTRL + s. Then, start the Elasticsearch service with systemctl:

You also need to run the following command to enable Elasticsearch to start up every time your server boots.

Next step is to test whether your Elasticsearch service is running by sending an HTTP request by typing:

You will see a response showing some basic information about your local node & cluster, similar to above screenshot.

Let’s install logstash, the next component of the Elastic Stack. Although it is also possible for all beats such as filebeat, packetbeat etc to send data directly to the Elasticsearch database, but we recommend to use Logstash to process the data.

This will allow you to collect data from different sources, transform it into a common format, and export it to another database.

To install this, type the following command:

After installing Logstash, you can move on to configuring it.

Logstash’s configuration files are written in the JSON format and reside in the /etc/logstash/conf.d directory.

Create a configuration file called /etc/logstash/conf.d/custom.conf where you will set up your input, filter and output settings. There are 3 major components of logstash i.e. INPUT, FILTER and OUTPUT.

The Beat used in this tutorial is Filebeat which is installed on an IIS web server. 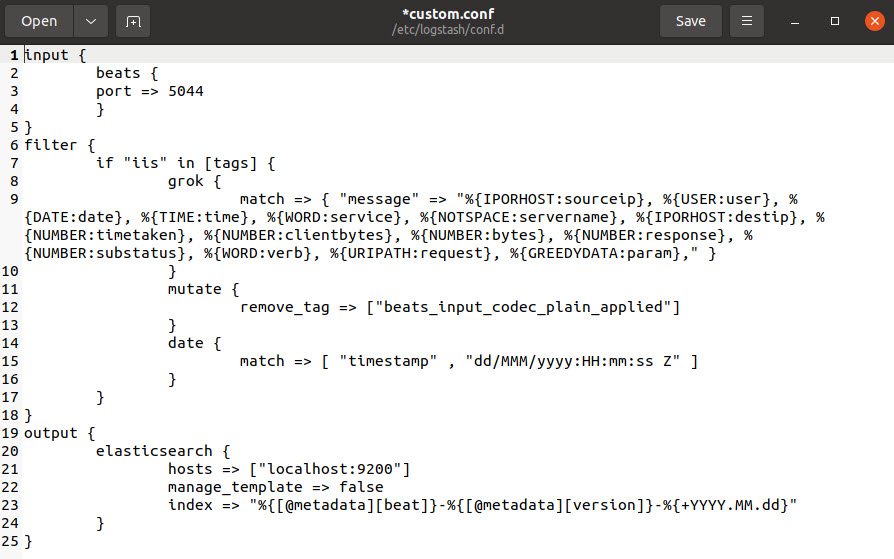 Next step is to test your Logstash configuration with the following command:

The last step is to install the Kibana to visualize the logs. To install Kibana, type:

To start and enable the Kibana service, type the following commands:

As Kibana is configured to only listen on localhost, you can check the Kibana server’s status page by navigating to the following address and entering your login credentials if prompted: localhost:5601. To access from external source, you should setup reverse proxy.

Now that the Kibana dashboard is configured, let’s install the beat of your choice.