Ubuntu is currently one of the most popular end-user Linux distribution Operating System. Ubuntu aims to provide a fully supported and reliable, open source and free, easy to use and modify, Linux operating system. Ubuntu provides both long-term and short-term releases.

Ubuntu is released in several editions, each designed for a distinct group of users or functions. Editions install different collections of software such as the KDE, the XFce desktop, servers, educational software, and multimedia applications. ISO images can be downloaded directly or using a BitTorrent application.

The edition which we are using here for this demonstration is Ubuntu Desktop Edition which provides standard functionality for end users.

Furthermore, Ubuntu does not enable the root account during installation and you will not be asked to create a root password. Instead, you will create a normal user account with sudo privileges. This user can run sudo command to perform administrative tasks.

You can, however, activate the root user by using the passwd command to create a root user password.

The above command will set the password of root user.

Use your favorite editor such as Nano editor to edit the file /etc/pam.d/gdm-password and put # in front of the line containing: 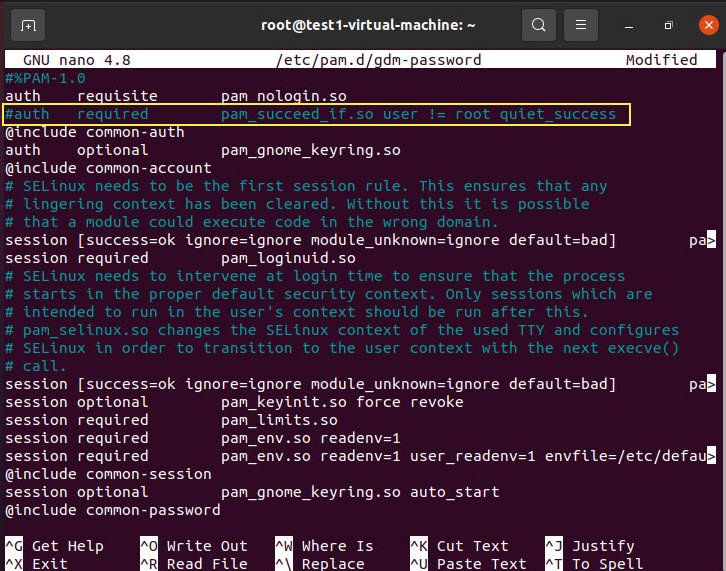 To do so edit file /etc/gdm3/custom.conf to add the AllowRoot=true line as shown below: 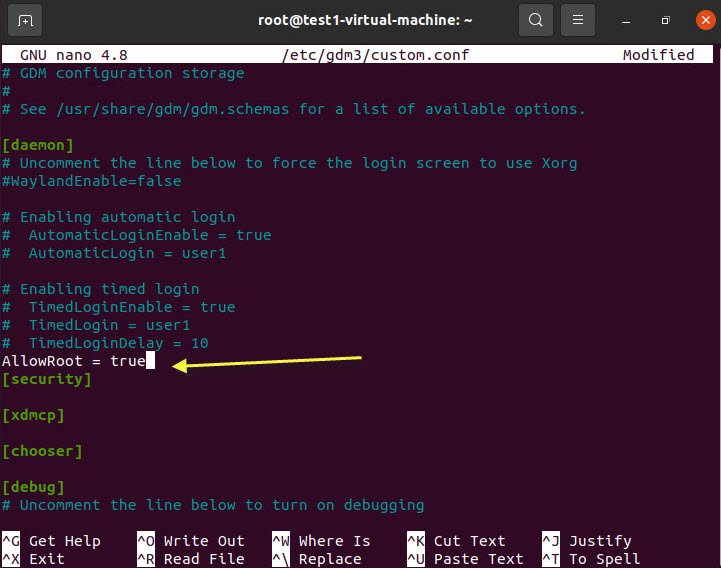 At last, reboot your Ubuntu Operating System and try to login the root user by graphical user interface.

For any query or doubt, feel free to contact us at hymeblogs@gmail.com.